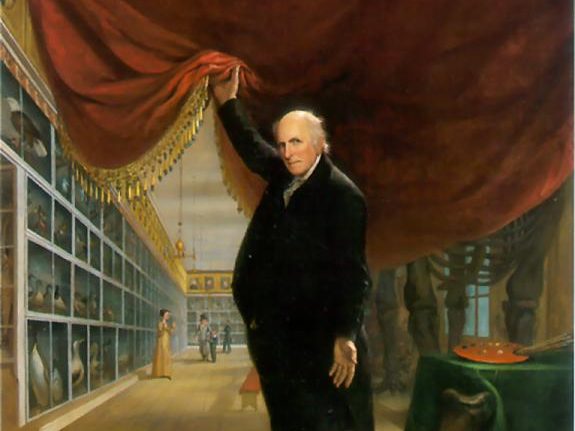 In his old age, an American painter invited the public to view his work. In 1822, using the social media of his time, Charles Willson Peale (1741-1827) painted his self-portrait in his “cabinet of curiosities,” housed in Independence Hall, Philadelphia, where the Declaration of Independence had been signed 46 years earlier. As with the opening of a play, Peale holds a curtain up to display the familiar and the strange from his lifetime of learning.

Like Peale, this page invites you to peek behind the curtain about what makes America tick. Bring your curiosity and your questions, your enthusiasm for American ways and your critiques. Click on the triangles below to get start browsing…

About the Public Classroom…