Originally published through History News Network on December 23, 2018, and can be read here: http://historynewsnetwork.org/article/170700

The death of George Herbert Walker Bush symbolizes the end of the Republicans as the GOP, the “Grand Old Party.” He dipped his toes into the new Republican Party that emerged during his leadership, but that new party was not his cultural home. He was in that party, but not of it.

Despite the Republican Party nickname, the Democratic Party is far older. That old party began in opposition to the grandeur that the Federalists brought to American politics in the first years of constitutional democracy in the 1790s. The Federalists endorsed the constitution, ratified in 1789, as a structure to institutionalize power to the people—once duly refined and enlarged, as James Madison insisted. The Federalists presented themselves as the rightful custodians of governmental power, the best-educated citizenry, the new world equivalents of old world aristocrats. As the son of a Senator and raised with a spirit of public service, Bush could have been at home with the Federalists. 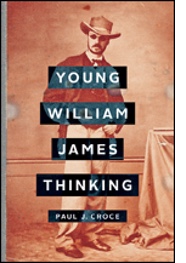 The first Democrats objected to these faux aristocrats, arguing an 18th century equivalent of the recent advertisement: to have a democratic-republic, Just Do It; yes, really give more power to the people. They began as Democratic- Republican Clubs, and their leader, Thomas Jefferson, still believed in “natural aristocrats.” However, his elitism allowed for very democratic social and economic mobility, with more power to average citizens, but only for whites and men. For over a century after Jefferson’s time, the Democratic Party would continue to endorse more democracy for white citizens and fewer rights for African Americans.

The Republican Party began as a reform movement in the 1850s against slavery and the concentrated power of slaveholders in the South. The party championed free enterprise as a path to opportunities for all citizens, from the African Americans eager to earn the fruits of their labors to enterprising whites. During the Civil War, many northern soldiers fought for “the best government on God’s footstool,” as a Minnesota soldier declared shortly before dying at Gettysburg, where President Abraham Lincoln would define the war effort for commitment to citizen opportunity. During the Civil War and Reconstruction, Republicans led the charge to avoid pegging people according to the status of their birth. Lincoln became an icon of this creed, as the poor kid made good, a self-made man. When President Bush endorsed the Americans with Disabilities Act in 1990, he followed in the tradition of this first Republican Party.

In the last decades of the nineteenth century, Republicans continued their commitment to free enterprise, but now in support of the enterprising of large corporations, with the reformist spirit overwhelmed by support of the already-made men of wealth. And indeed, almost all the Republican leaders of politics and business were men; even Miriam Leslie, the wealthy and brilliant publisher of Leslie’s Illustrated Weekly, changed her name to “Frank Leslie” to maintain the appearance of gender norms. This is when the nickname of the GOP first emerged, to keep alive the memory that this “Grand Old Party” led in political and military defense of the Union in the recent war.

Reform-minded Republicans in this era did little for African Americans, but they defied the Republican “Stalwarts” who used their power to bestow patronage on those willing to do their bidding. For their defiance, the reformers became known as “Half-Breeds” for not being fully Republican. Patrician Bush left his Connecticut roots to light out for Texas, where he struck it rich in the offshore oil-drilling business. Texan Bush would have felt right at home with Gilded Age Republicans, even if his willingness to compromise on taxes would make many fellow Republicans call him a 1990s version of a Half Breed.

In the early twentieth century, most Republicans focused on domestic economic interests with endorsement of isolationism in foreign affairs, from resistance to joining the League of Nations after the “Great War” in 1919, to their hesitancy in the 1930s to embroil the nation in “foreign wars” to fight the expansionist totalitarian states Germany, Italy, and Japan. Once the United States entered World War Two, that focus on American First turned toward internationalism, based on prioritizing American interests, especially business interests, around the world. Decisive American victories confirmed American global leadership, and in the Cold War against Communism, beginning in the late 1940s, the United States for the first time did not demobilize after war but maintained permanent wartime footing. The Republican Party supported the military and denounced Communism most vigorously, but both parties endorsed the national security state with the US as a kind of Federalist Party to the world. Lieutenant Bush lived out this American mission in his service as the youngest Navy pilot during the Second World War, and he continued this commitment as United Nations Ambassador and Director of Central Intelligence and as president during the collapse of the Soviet Union.

George H. W. Bush Not at Home with the New Religious Right

For all of George Bush’s keen alignment with the traditions of the Republican Party, he showed signs of being out of step when it gained new affiliations with the Religious Right starting in the 1970s and 1980s. By contrast with those traditionalist moral standards, Bush supported funding for Planned Parenthood early in his career, even though as Vice President under President Ronald Reagan, from 1981 to 1989, he turned to support of the anti-abortion policies of the National Right to Life Committee. Then as president, Bush’s history and style kept him under a cloud of suspicion with the religious traditionalists who were for the first time voting heavily for the Republican Party. The Religious Right welcomed Bush’s conservative choices, including for Dan Quayle as his running mate and for Clarence Thomas on the Supreme Court, but their endorsement of Bush in his presidential runs in 1988 and 1992 over their own Pat Robertson were practical steps for electability, not hearty endorsements. The Democratic Party may show less discipline when falling in love with their candidates, in the words of an old saying, but Republicans were still more ready to fall in line in their support of Bush. Despite their impatience with him, the Religious Right was not displeased by Bush’s continued support for the War on Drugs and his minimal actions during the AIDS epidemic.

In 1960, Democrats were indeed smitten with John Kennedy, and his popularity ushered in an age of charisma- and media-driven politics, and yet his successor, Lyndon Johnson, was a product of an older style of Congressional deal making. In a similar way, George Bush’s presidency was a remnant of an older GOP after his predecessor, Ronald Reagan, had already set trends for a new Republican Party, more bluntly committed to free enterprise and military power, and newly open to the issues and styles of the Religious Right.

The Religious Right has supplied not only some of the major issues that animate the Republican Party of today, but also its intellectual style, with the moral tone and uncompromising attitude that often emerges in politics infused with religion. While President Donald Trump is not himself a deeply religious man, his approaches to politics parallel that style, with readiness to divide the world into supporters and enemies. Republicans seem to have fallen in love with this knight of righteous anger, in hopes that his goal of “making American great again” can bring together the party’s commitment to corporate enterprise with its populist support of security and tradition. The religiously and temperamentally moderate George Herbert Walker Bush would find this a strange new world. He ran hard and hired aggressive campaigners, including Lee Atwater and Roger Ailes, but his own instincts were those of a patrician serving his democratic nation, expecting deference and ready to mediate the disparate voices beneath him.

Throughout his career, the recently departed George Bush exhibited major aspects of every part of the Republican Party’s traditions except in its current edition. Even while the Republican president has brought the party into uncharted waters, Trump actually displays many features of the GOP heritage. There are Republican precedents for the unprecedented qualities of the current White House occupant. Trump maintains downright Federalist expectations to serve as the nation’s custodian, even if his style in claiming that “I alone can fix” America’s problems would make the founders blush. The businessman turned politician harbors an instinct for profit worthy of Gordon Gekko’s brash insistence in the movie Wall Street(1987) that “greed is good.” America First for national self-interest is the first rule in Trump’s international playbook. And he presents himself with a blunt populism, speaking bluntly to popular fears with promises that increases in corporate and military power will serve their interests.

Toward a Fighting Style of Politics

For decades, Trump’s type of politics had been in the margins of the Republican Party but would occasionally gain public attention. It was the style of the John Birch Society in the 1950s insisting that containment of communism was not enough. In 1970, a cigarette company made use of this style to defy effete intellectuals when asking their customers bluntly, “What do you want, good grammar or good taste?” And in 1984, with urban crime on the rise, Bernie Goetz gained fame as the “subway vigilante” when he shot four young African American men who seemed to be attacking him. Trump embodies this tone of righteous anger, a tone that Bush did not share.

George Bush said some of the words of this new way of being Republican, but he never sang the tune. The biggest change has been in style. Bush never gloated. As a child, he rushed home from a baseball game to boast to his mother about his home run; his mother said, that’s good, but how did the team do? As president, he was still his mother’s son; while Americans gloried in the fall of the Soviet Union, Bush showed little enthusiasm. By contrast, Trump is eager to talk about his strengths—and even to exaggerate them. Bush’s largesse extended to a hope to govern over all citizens, while Trump is content to appeal only to his base of supporters, aiming not for 50% + 1 of voters, but only about 40%, with others as targets of their fear and anger. While Bush was ready to take conservatism in a “kinder, gentler” direction, Trump emphasizes fighting. And while Bush, the 41st president, was usually ready to listen, mediate, and even compromise, as he did with tax increases for some fiscal discipline, the 45th president scorns such conciliations as signs of weakness.

Trump is taking some of the most aggressive features of the Republican Party in some less-than-grand new directions. Republicans face a moment of truth about their identity: Are they willing to give up much of their heritage as represented by George Herbert Walker Bush? And a key question for Democrats is to find ways to counter the fear and fighting in the new Republican Party while deciding whether to campaign with their own versions of fear and fighting.